All About Collagen
Posted by Tonia Kisliakov at 22:21 No comments:

Posted by Tonia Kisliakov at 23:28 No comments:

Cappadocia, Ephesus and Pamukkale Tour By Plane      Cappadocia region is located in central Anatolia, in the middle of a once-active volcanic area and has both natural and historical importance. Over many millions of years, strong volcanic eruptions, lavas, wind, rain and ice sculpted the region which we now know as Cappadocia with its unprecedented rock formations called as “fairy chimneys” and miraculousness underground cities. Having been a sanctuary for early Christians, Cappadocia is also an open air museum full of unique natural and cultural components.Ephesus Ancient City is located on the Aegean cost of Turkey. Built in the 10th century BC, Ephesus was one of the twelve cities of the Ionian League in Classical Greek times. After the city came under the control of Roman Empire, it became more important being the 3rd largest Roman city in Asia Minor. Also Ephesus is one of the Seven Churches mentioned in the Book of Revelation. Some of the highlights of Ephesus are The Library of Celsus, The Gate of Augustus, Great Theater etc. The tour continues with Virgin Mary’s House. It is a small shrine located at the skirt of Bulbul Mountain in Selcuk. It is believed that she lived in her last years in this house. The house is discovered thanks to  Anne Catherine Emmerich’s visions who is a German Catholic nun just before she died. Papa the 6th Paul declared the area as a pilgrimage  center for Catholics, since then it has become an important spot for Christian world.  The Temple of Artemis which was one of the Seven wonders of Ancient World.Pamukkale, meaning “Cotton Castle” in Turkish is a natural beauty with its white terraces on the hill and ancient city of Hierapolis located on top of it. The place was used as a health center for thousands of years thanks to the hot water springs which feed the travertines. It became a host to Greek and Roman populations in the past. There are several natural and historical highlights to visit in Pamukkale including; Travertines, Cleopatra Pool, The Amphitheater, Martyrium of Apostle Philip, Domitian Gate, Necropolis and The Temple of Apollo.5 Days Cappadocia, Ephesus, Pamukkale Tour Program    Day 1 – Cappadocia Tour      Pick up from hotel in Istanbul early in the morning and transfer to airport. Flight ticket to Kayseri Airport for Cappadocia tour (Flight duration 1,5 hour).Arrival in Kayseri Airport transfer to Cappadocia city center where you will join into Small Group Regular tour. Visit Devrent Valley to see the unique fairy-chimneys. Then to Pasabag (Monk’s Valley) to see the most interesting mushroom-shaped pinnacles. Have a break in city of Avanos for lunch. In the afternoon visit another beautiful open air museum at Goreme where the remains of rock-cut churches and Christian settlements date back hundreds of years. Lastly, visit the natural Uchisar Castle. Spend the night in Cappadocia.     Day 2 – Cappadocia Tour    After breakfast in your hotel departure for Red Valley. Explore the famous rock- cut churches and hike 5 km through Gulludere Valley (Rose Valley). Then visit Cavusin Village which is famous for houses and churches of the Christian clergymen. Drive to Pigeon Valley (Guvercinlik) for lunch. In the afternoon visit Kaymakli underground city where early christians lived in fear and faith. On the way back visit the natural castle of Ortahisar. Stay one more night Cappadocia.      Day 3 – Free day and fly to IzmirAfter breakfast transfer to Kayseri airport to take the flight to Izmir. Arrival to Izmir airport transfer to Kusadasi / Selcuk city to stay overnight.      Day 4 – Ephesus Tour     After having breakfast in hotel the tour begins by visiting Ephesus, the most superbly preserved Greco-Roman city. Unmistakable highlights surviving among the ruins are the Celsus Library, Agora, The Theater, Odeon, Trajan Fountain, Domitianus Temple and Roman Latrines. After it visit the House of Virgin Mary; known to be where she spent her final days. Have a break for lunch. In the afternoon see the remains of The Temple of Artemis, one of the seven wonders of the ancient world. At last have a chance to see Isa Bey Mosque. At the end of the tour transfer to your hotel to stay one more night in Kusadasi/ Selcuk      Day 5 – Pamukkale and Hierapolis Tour (Breakfast and Lunch Included)      Please check out from hotel and get your luggages with you. Arrival to Pamukkale after 3 hours driving visit Pamukkale and the ancient city of Hierapolis with the Temple of Apollo, the breathtaking ancient theater, the fascinating Necropolis and the great baths of Hierapolis antique city where St. Philip was martyred. St. Philip is connected with the early church in Hierapolis and played an important role in the history of Pamukkale. Finally we visit the calcium terraces and pools. After the tour at about 16:00 transfer to Denizli Airport to take the evening flight to Istanbul. (Duration is 1 hour) Arrival to Istanbul airport transfer to hotel. 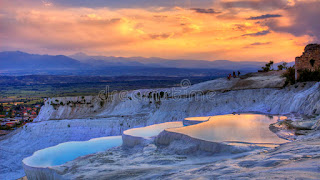 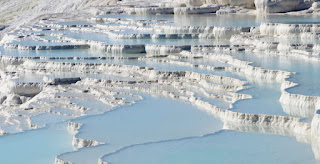 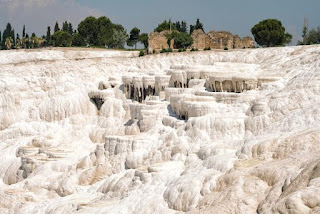 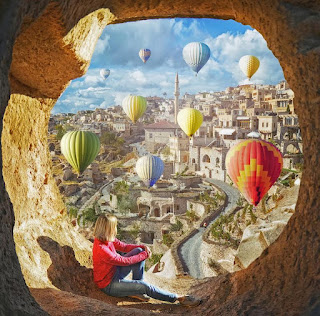 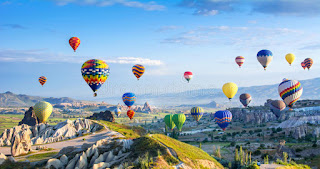 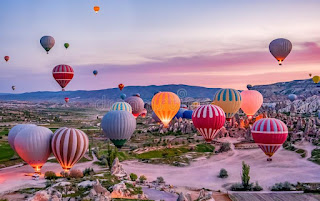 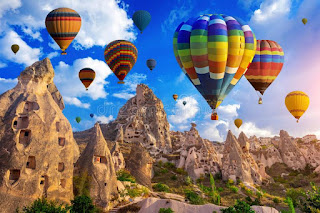 Tonia Kisliakov
Highly experienced Travel Wholesaler with a demonstrated history of working in the leisure, travel & tourism industry since 1972 and now also in Wellness.. Skilled in Adventure travel, Leisure Industry, Tour Management, Business Travel, and Hotel Booking. Norfolk Island. Specialising in several destinations namely Russia & former soviet union, East Europe, South America,, Parts of Africa. Maldives, etc Wellness & Travel are strongly intertwined. We are committed to providing you with a great travel experience at the best available price. Our team is well trained & experts in building your dream holiday. With attention to detail and dedication to opening the World for those who want to see it. Strong sales professionals and excellent marketing experience with a degree focused in Sydney from Sydney Australia.